Toolbox Talk: Tag Line – When to Use Or Not 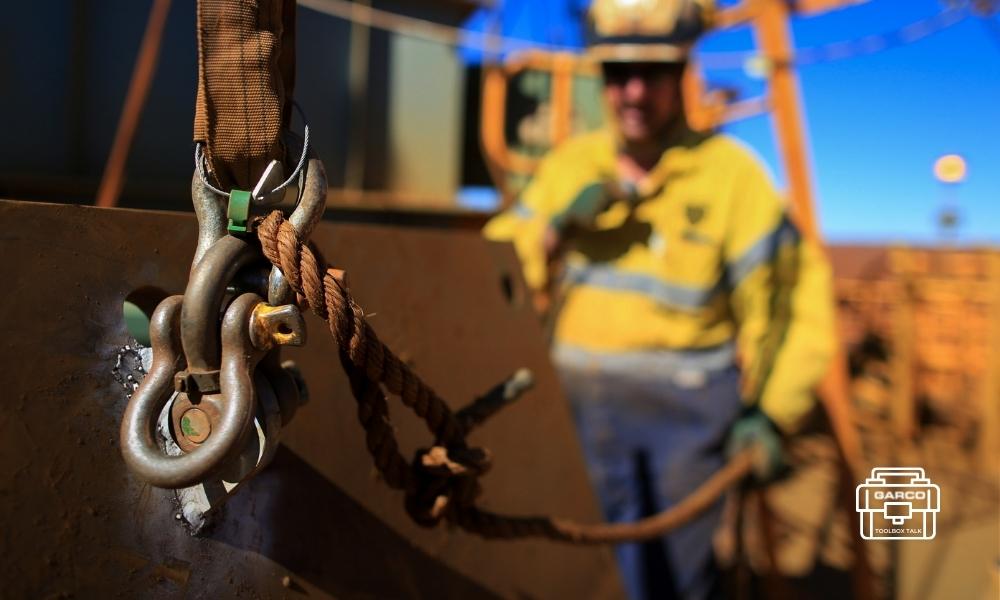 Under certain U.S. Federal and State OSHA regulations failure to use a tag line on a freely suspended load could be a violation of law. Regulations where tag lines are mentioned include: 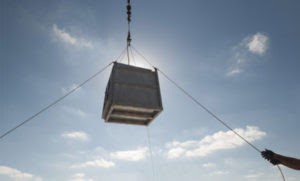 So what is a tag line?

According to OSHA §1926.1401 a tag line “means a rope (usually fiber) attached to a lifted load for purposes of controlling load spinning and pendular motions or used to stabilize a bucket or magnet during material handling operations.”

When should they be used? (See DD 29.72 for Clarification below)

Essentially tag lines should be used to help stabilize a load while enabling personnel to maintain a safe distance from the load. They are recommended in most situations to prevent damage to either the load, surrounding equipment and/or personnel. Use a tag line when any of the following occur:

Is there a time when tag lines should not be used? (See DD 29.72 for Clarification below)

Tag lines should NOT be used if they create a safety hazard. Instances such as:

Before making the determination not to use a tag line, talk it through with the lifting team. If a tag line is necessary for positioning or load control, but it is going to create more of a safety hazard then consider other alternatives, such as push/pull poles or some other type of control (at safe height and distance).

How effective are tag lines?

First and foremost, tag lines only work in tension. With a single tag line, you can only pull a load towards you or keep a load from moving away. For this reason, to help control a load against rotation or swinging, it may be necessary to use more than one tag line and more than one handler.

Tag lines provide the most effective load control when they are at a near horizontal level, at waist or shoulder height of the tag line handler. The higher the load, and more vertical the tag line, the less effective it will be helping provide load control. At some point if the rope is not of sufficient length, the tag line handler will actually start to pull down on the load instead of controlling the load. When this happens the tag line is no longer effective and the handler is most likely in the fall zone as well.

How many tag lines are needed?

There is no right or wrong answer here. You only need as many tag lines as necessary to control, position, steady, or receive a load. It might be that one is sufficient; it might be that two or three will do the trick; it might be that you are going to need four. How many are needed, where they should be placed and their purpose should be discussed as part of planning the lift.

When and where should tag lines be attached?

Tag lines should always be attached prior to lifting the load. They are normally attached either around the object entirely, through a rigging eye, or possibly even to the rigging itself. The optimal placement should provide for the maximum amount of control during hoisting, traveling and placement, while being in a place where they can be easily removed. Tag lines should not be attached to an area that could open, detach, spread apart, or cause the device to become unloaded. Acceptable locations and attachment points should be discussed as part of planning the lift.

How should tag lines be attached?

It truly depends on the application. Some tag lines may be fashioned with quick attach clips/snap hooks or they can be tied on with different rigging knots, such as two half hitches or a bowline. When proper rigging knots or attachments aren’t used there are two scenarios that usually happen:

DOSH Directive 29.72 Clarification of when to use or not use a tag line click here.

Tag lines are not required when all of the following are true: