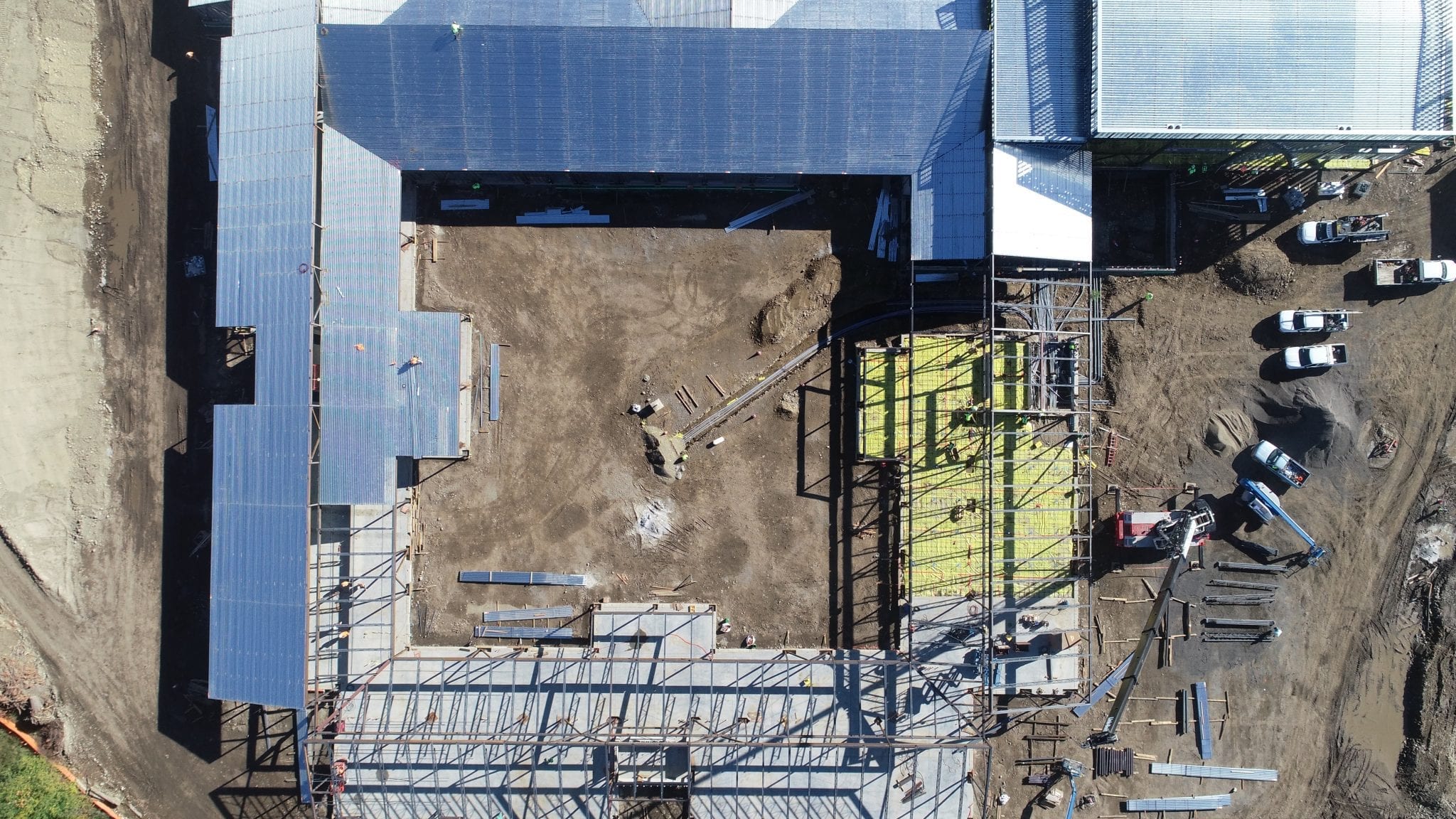 We’ve got a project update from Ellensburg, WA! Both Mt. Stuart and New Elementary Schools are progressing as scheduled for the Ellensburg School District. Mt. Stuart will be replacing an existing school that has reached its useful lifespan, while the not yet named New Elementary will bring additional classroom capacity to the growing school district.

Mt. Stuart will be a 57, 486 SF school replacing the original 34,100 square foot building that was built in 1967 and a 6,730 square foot gymnasium that was added on in 1993. The new approximately 500 student K-5 school is being built on the existing Mt. Stuart site. The new school consists of new general classrooms, special education/resource rooms, library, kitchen, gymnasium, commons, music room to accommodate band/choir program, administrative, counseling and educational support spaces. Once completed, students/staff and resources will occupy the new school and the existing structure will be abated and demolished. Final site and playground landscaping would be completed in this phase.

New Elementary will be a 53,837 SF brand new school constructed to serve approximately 500 students on a 15.29-acre site. The facility will house general classrooms, secure entry, a gymnasium, interactive educational/outdoor learning and play areas, a warming kitchen, cafeteria, administrative and counseling offices/spaces, and site improvements include landscaping, new utility services, pedestrian, traffic, life safety circulation and parking. The project site includes coordination with many on and off site local, state, public utility and federal stakeholders due to the site’s perimeter boundaries with a State Parks and Recreation recreational trail; an Ellensburg Irrigation Ditch channel on the property’s east boundary; several Bonneville Power easements on the north and west boundaries, an onsite City of Ellensburg’s 1.5 acre well easement and a 1.7-acre characterized wetland.

Not yet named, there are three potential names being considered for the new elementary school. The names are “Chief Owhi,” “Che-lo-han” and “Ida Nason Aronica.” These names were presented to the Ellensburg School Board recently by Morgan Middle School teachers Nathan Bradshaw and Sia Aronica. They also had help from Andrew Caveness, a parent in the district who has written two local history books and who volunteered to help name the school. The three names are in honor of Native American people or places that were historical for Kittitas County and the city of Ellensburg. Reade more here from the Daily Record.

Mt. Stuart elementary has underground mechanical, electrical and plumbing rough-in completed, interior slabs placed, the exterior walls framed, and is in process of being sheathed and roofed in order to have the building dried in for winter. The team plans to begin installing windows, siding and doors in the coming weeks.

New Elementary has a schedule that is running about six weeks after Mt. Stuart’s, so on that project the structural steel is currently being erected, underground plumbing and electrical is mostly installed and the team is vigorously placing interior slabs. Before Christmas, the steel erection will be completed and exterior framing started along with the commencement of sheathing and roofing.