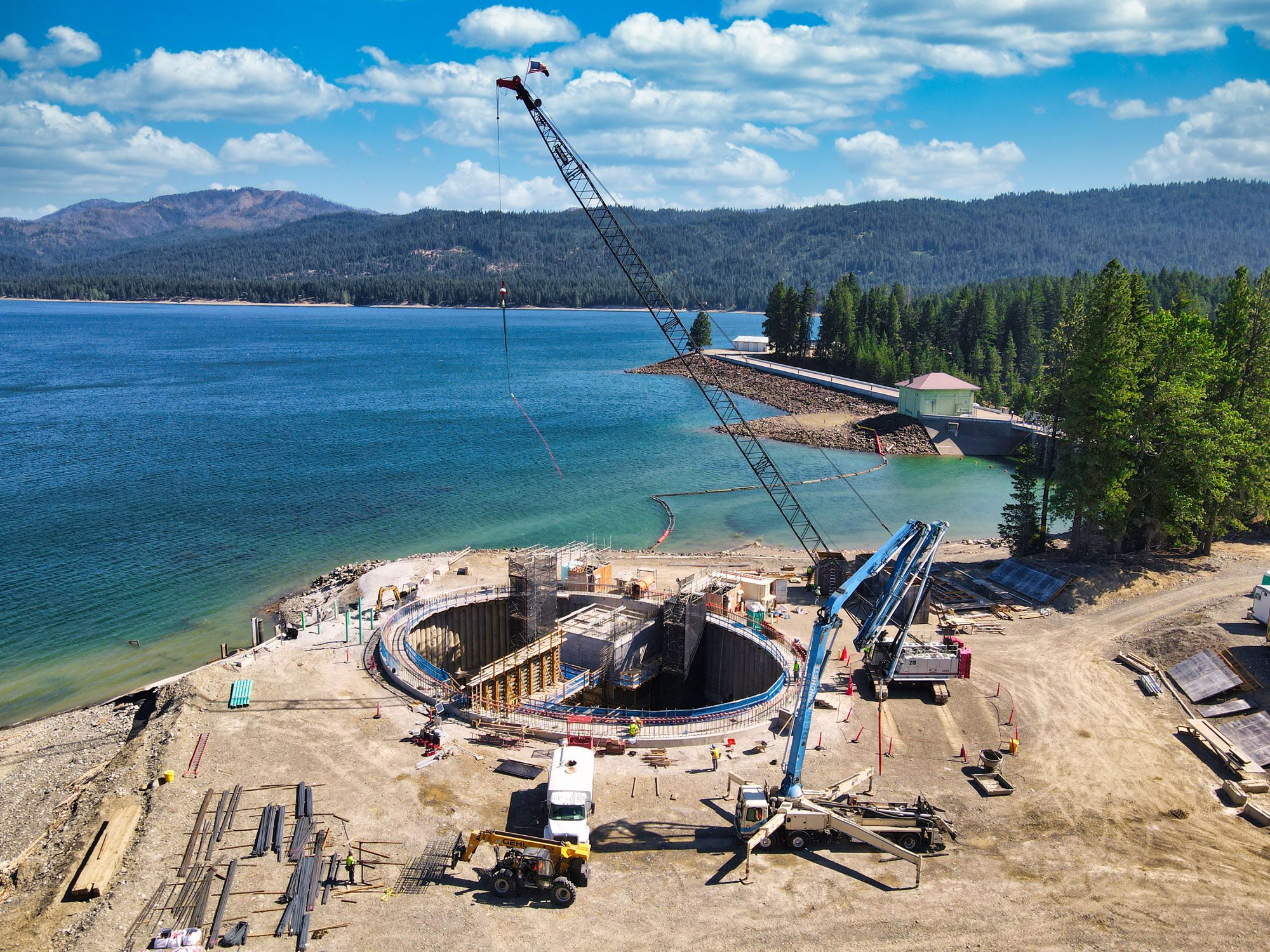 The Cle Elum Fish Passage project reestablishes access for juvenile sockeye, chinook, and steelhead around the Cle Elum Dam. Garco Construction, Inc. (Garco) is constructing six intake structures that stack on top of each other on the upstream end of the project to allow water to be drawn in from the lake and pass fish through the system regardless of the reservoir level (the lake fluctuates approximately 100 feet in elevation each year for irrigation purposes). Only one intake level will operate at a time though when the system is running since juveniles typically only travel within 8-10 feet of the water surface. Once in the intake system at a given level, the fish will travel through pre-cast intake conduits, a tunnel and intake penetration section, and then enter the previously constructed secant shaft that is broken up into two separate chambers by a cast-in-place separation wall. The gate chamber is on the upstream side of the shaft, and includes steel square pipes, a guard gate that allows water to flow into the system when open or holds water back with a seven by seven foot horizontal knife gate when closed, and a warped floor steel transition that prepares fish to enter the next chamber. Similar to the intake structures, the gate chamber is made up of six separate levels, with the foundation constructed approximately 90 feet below the finished ground line (also the roof line of this system since the secant shaft is constructed into the earth). Personnel access to each level will be from an elevator or a stairway shaft.

After entering the warped floor in the gate chamber, fish will begin to enter the helix chamber on the downstream side of the separation wall. The warped floor begins to transition the fish into a helix system (a spiral or corkscrew configuration) that will drop the fish in elevation to the bottom of this chamber. The helix is comprised of 117 pre-cast flume pieces supported by structural steel with the foundation being approximately 120 feet below the future finished ground/roof line. Each gate chamber level connects horizontally into the helix transition, but the foundation of the helix chamber is lower in elevation so there are 8 levels inside this chamber opposed to 6. The overall decent of the fish in the helix will depend on what level they enter the gate chamber at, but all fish will travel to the helix transition at the base of the chamber that allows them to enter into an existing tunnel (constructed by others). This tunnel is 7 feet in diameter and travels approximately 1,250 feet to the tunnel exit portal. Garco will tie on approximately 400 feet of HDPE pipe at this point to construct what is called the outfall pipe. This section will allow the fish to enter the outfall pool in the Cle Elum River at the end of the system. At that time the juvenile fish can continue to migrate downstream to the next dam.

For the past several months, Garco and our associated subcontractors have constructed the separation wall that divides the gate and helix chamber, as well as the gate chamber access structure that houses the elevator and stair shaft for this section of the project. Once completed in the middle of September, our concrete crews will fully focus on constructing intake structures at three separate levels through the fall and winter months while the reservoir is held at a lower elevation. Ironworkers will also be mobilizing to site in the near future to construct gates at the intake structures and in the gate chamber, install stairs and landings in the completed gate chamber access structure, and begin to erect the steel piping, warped floors, and structural steel framing in the gate chamber. In addition, tunneling crews will begin to construct access into the secant shaft from the reservoir side at the end of August starting at the lowest level and progressing to the top intake penetration over the course of 12-18 months. The schedule of tunneling will depend on how the lake rises from December through May and drops towards the beginning of June next summer. 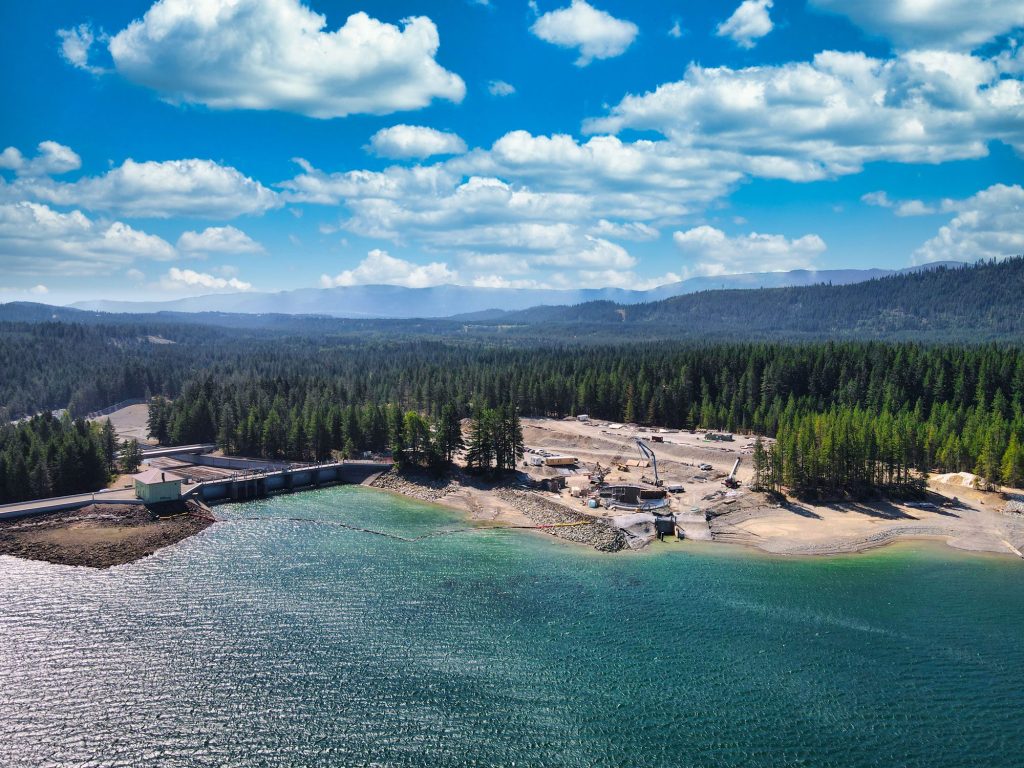 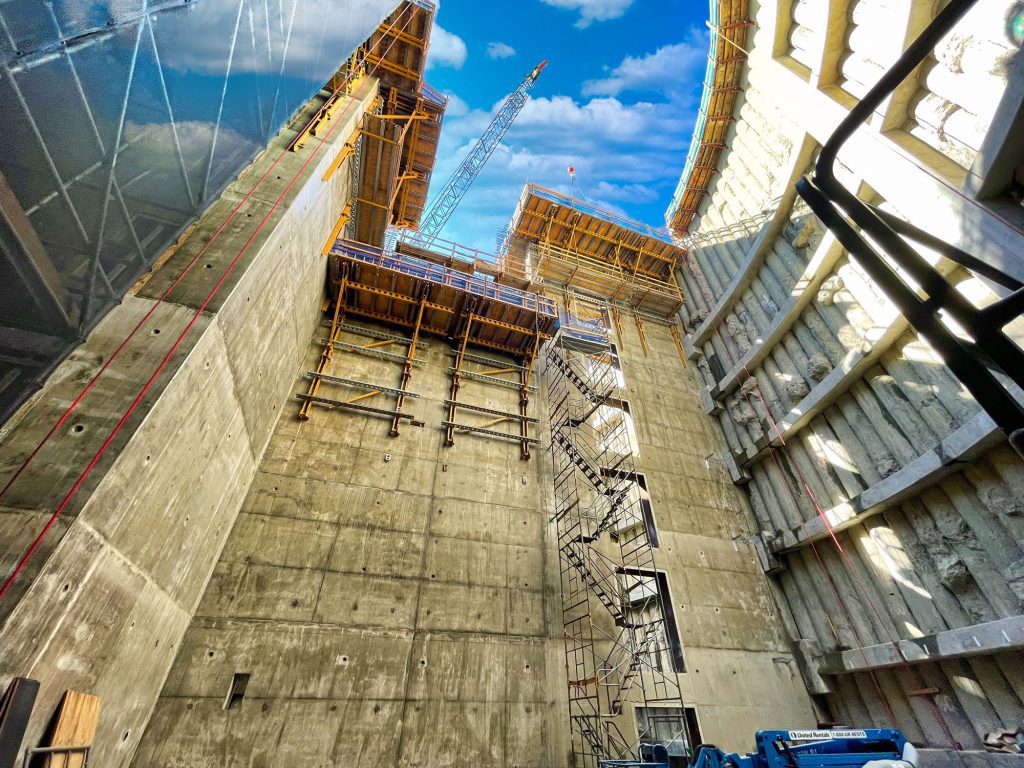 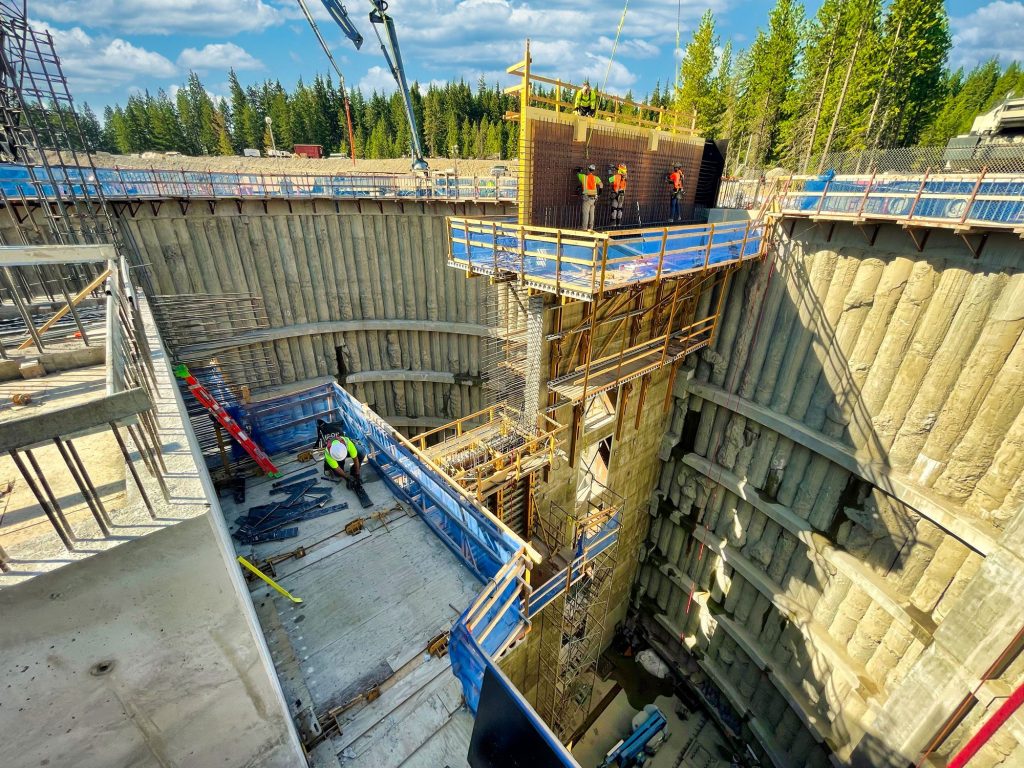 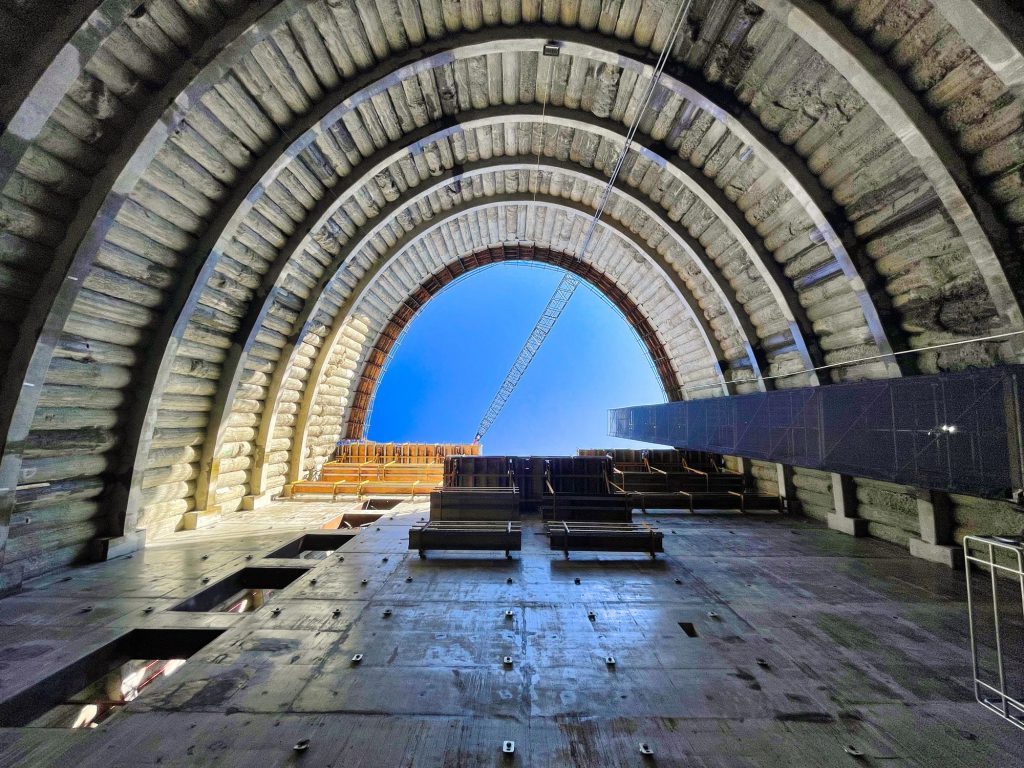 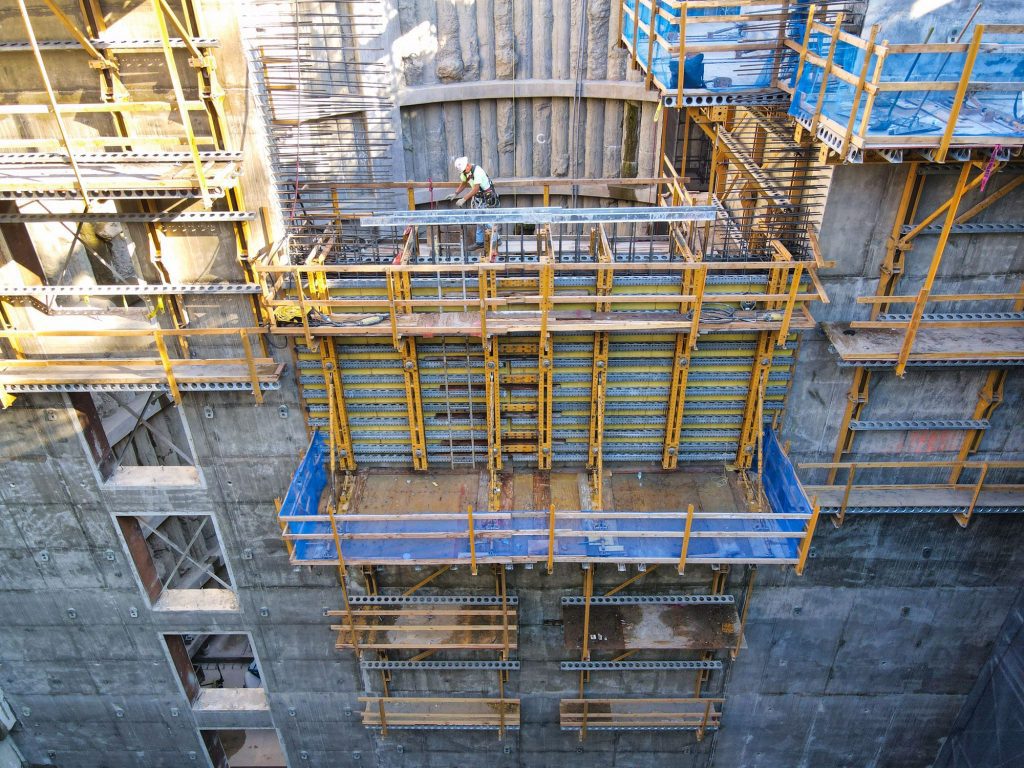 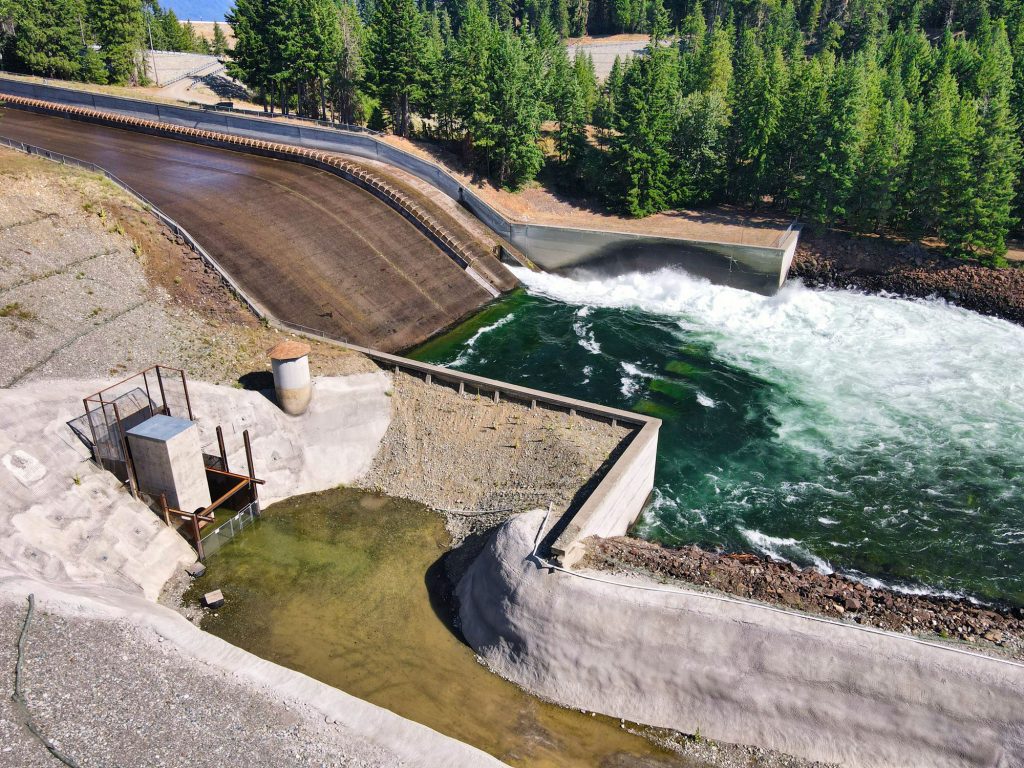 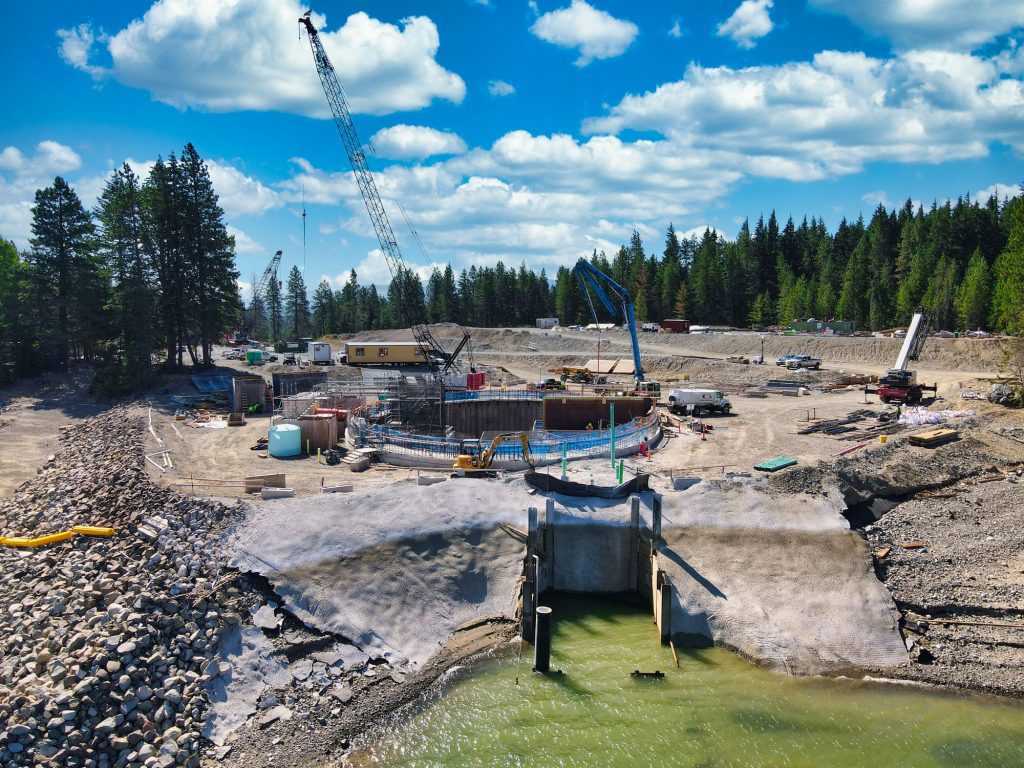