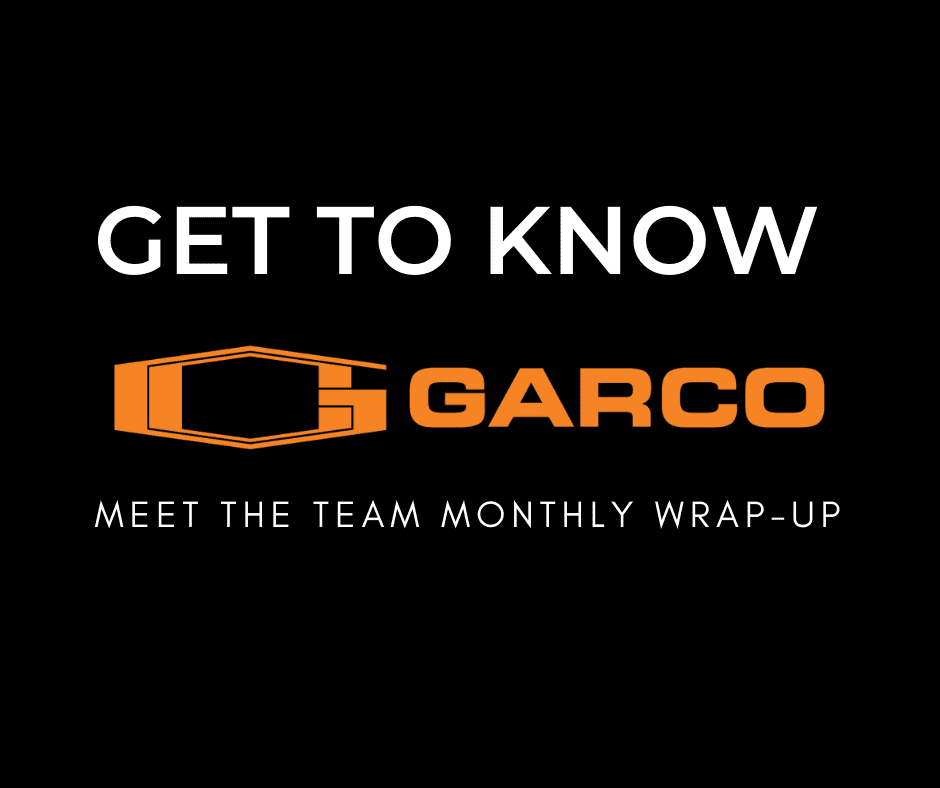 We love sharing our Meet the Team Monday post series on social media where we can introduce you to new staff and get to know our existing team. So we thought it’d be nice to round up all the staff featured each month in a blog post to have on our site. We hope you enjoy learning more about our team too! 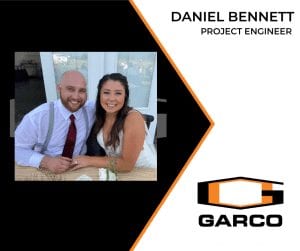 DANIEL BENNETT  – PROJECT ENGINEER
Project Engineer Daniel Bennett has been with Garco for three years and most recently worked at the Mead Market Street Complex. Daniel says, “I like the everyday challenges you face in construction and problem solving with a team to figure them out. It is rewarding when you finish a project and are able to look back on all the hard work the crew put in to get to the finish line. Garco has a great atmosphere and everyone that I have worked with is dedicated to delivering the best results possible while managing to have a little fun along the way.” Sounds like to us that Daniel has embraced the Garco philosophy to “Enjoy the Journey!”
Daniel was born and raised in Spokane. He went to WSU for Construction Management and graduated in 2017. In his free time, he says, “I love going back to Pullman to catch a football game with my Wife, who went to WSU for nursing. We got married just this August (pictured here together). In a normal year, we also like to see visit friends around the state and catch a few concerts when we are able.” 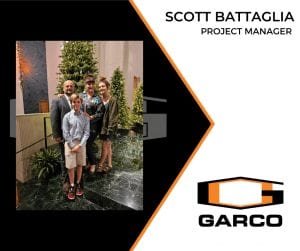 Project Manager Scott Battaglia has been with Garco for two years and brings more than 23 years of industry experience with him. He shares, “I have really enjoyed the opportunity to learn the role of project management.” Since joining Garco, Scott has worked on the award-winning Pavilion at the Park project and his current project at Ridgeline High School in Spokane, WA. He says, “In 1974, I attended the World Fair as a 3-year-old, and to then have the opportunity to work on this project later in life was special.” He also adds, “I really enjoy my co-workers at Garco Construction, their dedication to their craft and their role is something I haven’t seen working with other companies.”
In his free time Scott enjoys playing golf, travel, skiing and any time spent at Priest Lake. He’s pictured here with his wonderful family which includes his wife of 17 years, Debbie, and their two amazing kids, Sierra and Braeden. 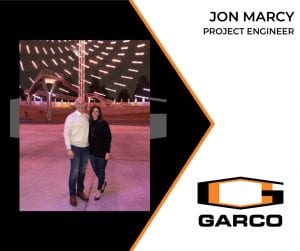 Project Engineer Jon Marcy (pictured here with his lovely wife at the Pavilion in the Park!) has been with Garco for almost two years and is currently working on a project for Collins Aerospace. Jon shares, “The first thing I noticed and grew to love about Garco is the family atmosphere. Garco has grown into a larger company that does huge projects, but has managed to keep its family roots.” As a project engineer, Jon likes how his role is constantly evolving. He says, “There’s so much to learn and so much knowledge at this company that it feels like I will never be stagnant or bored.”
In his free time Jon loves catching Gonzaga basketball games. He notes, “I never miss a game!” He also loves spending time with his family camping and boating. He has five kids and has coached all of them in various sports through out the years as well. 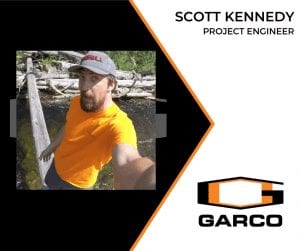 Project Engineer Scott Kennedy just joined Garco recently and is in our Civil department. He will be helping out on the Trent Bridge and BNSF Bridge projects. Scott has seven years of experience in the industry and what he enjoys most about working in construction is making an impact. He shares, “Throughout my career I have helped revitalized an aging mall, turned a car lot into a thriving retail center and more recently upgrading a wastewater treatment plant to meet the highest effluent standards in the nation. With Garco I look forward to expanding my knowledge with the large variety of projects.” Scott says he was interested in joining Garco because of the caliber of local projects the company has done. He says, “The impact that Garco has had on this community through building projects and other philanthropic endeavors made Garco a team that I wanted to join.”

Outside of work, Scott enjoys spending his summers at Priest Lake, camping, hiking, kayaking and exploring on ATVs. (As seen in his photo out in his favorite elements!) During the winter, he always looks forward to participating in the winter league trap shoot. He adds, “This upcoming spring and summer I hope to get into backpacking.”
Love0 Share Tweet Share Pin