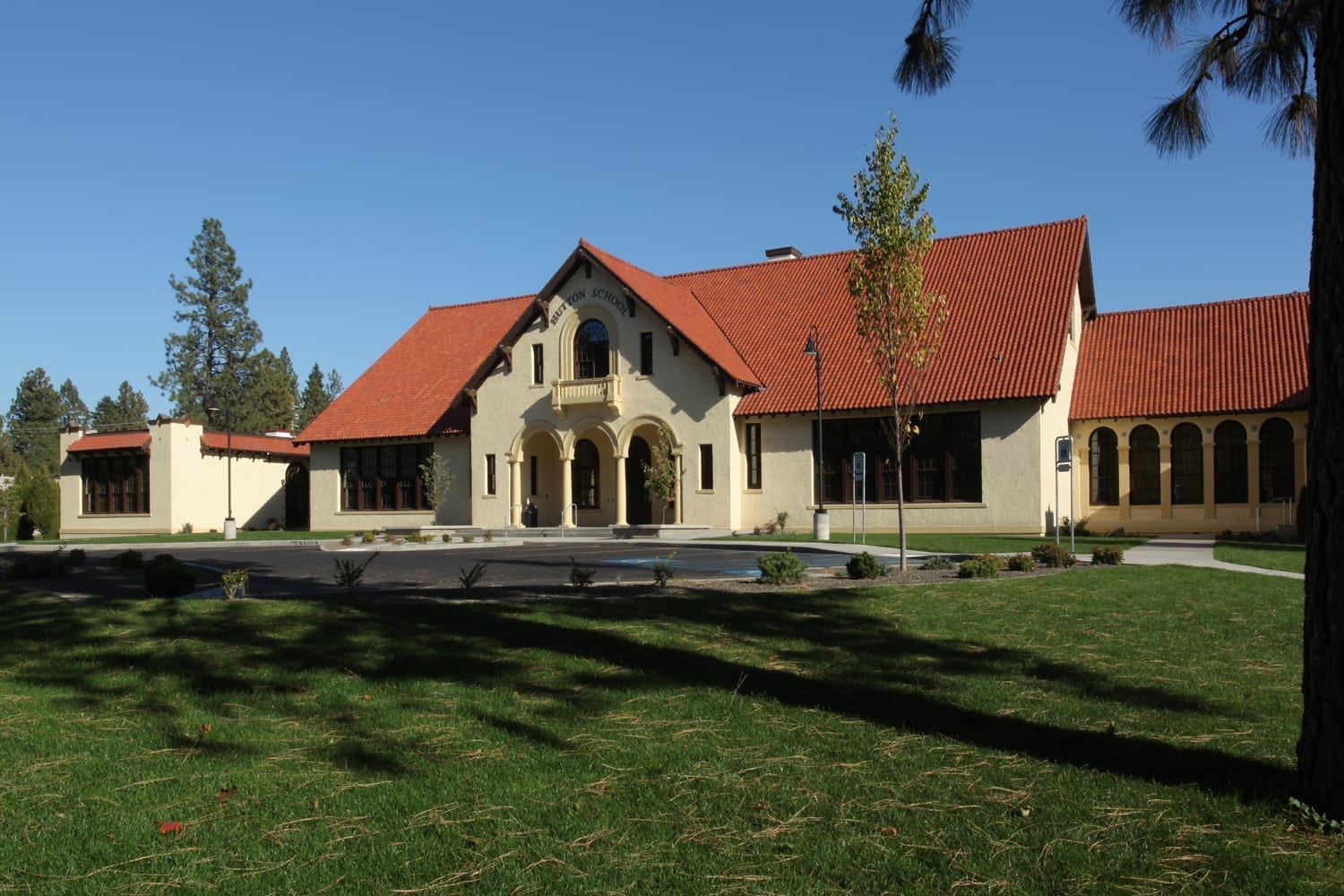 As part of the 2009 school bond and Spokane Public School Capital Projects, Garco has been awarded the GC/CM (General Contractor/ Construction Manager) contract for the Modernization and Addition of Hutton Elementary School.
Hutton Elementary School originally opened in 1921, when the average class size hovered around 25-30 students between 1915-1930.* In recent years the overcrowding of students has led to extra portables and relocations of classrooms and staff rooms to accomodate the higher enrollment rates.
The project consists of the modernization of the historic main building, demolition of two non-historic wings, removal of two portalble structures and one modular building, and construction of a 45,000 sf, two story addition. The decision to make the capmus un-occupied during construction helps ensure that the project will be completed before the start of the 2015-16 school year.