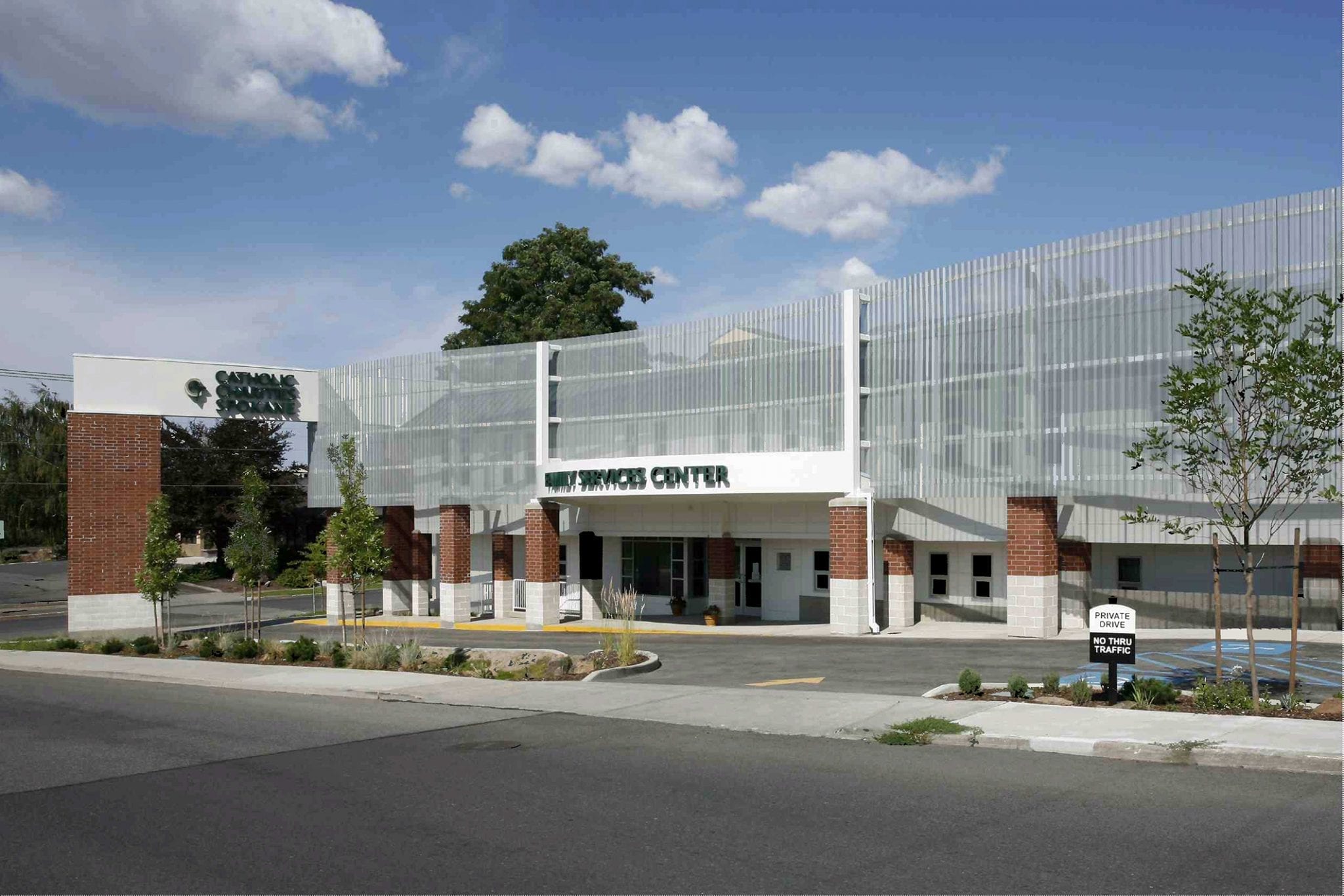 Written by Catherine Rider
During my years as a Project Manager at Garco Construction, I have had many wonderful opportunities to work with great owners, consultants and fellow employees. The projects we have done for Catholic Charities stand out for me, because of the significant contribution these buildings provide to our community and the less fortunate citizens they serve. They have also allowed me to establish relationships with some great people.
One of my earliest projects with Garco was the St. Margaret’s Shelter in 2000. Jim Tortorici was the Superintendent and Ann Martin (Heylman, Martin Architects) was the architect. This facility provides a home for up to 18 mothers with children for as long as two years. During that time, the women, many of whom are from abusive relationships, are given the opportunity to complete their education, learn parenting skills and assistance in finding employment and housing to sustain their independence. The brick building, located on Hartson just below Sacred Heart Hospital, is still a beautiful symbol of security and hope for the families that live there. This was the beginning of my partnership with the Catholic Charities organization and the future ‘team’ that developed and provided many more facilities to benefit the Spokane community.
Just prior to the completion of St. Margaret’s, Garco was awarded the new House of Charity project located on Pacific and Browne. This facility provides meals twice daily for an average of 200 people, along with a sleeping program for homeless men and it features the only completely free medical clinic in Spokane, staffed by volunteer doctors and nurses from our area. The team for this project included NAC Architects, Wendell Sinn as the Superintendent and myself, with the oversight and guidance of Tim.  I was beginning to have a real understanding and appreciation for the Catholic Charities organization and realized how much they contribute to helping so many in our community. We completed the House of Charity in 2001 and have recently been asked to participate in a ‘House to Home’ Community project which will provide repairs and necessary maintenance to this well used facility. The work will be televised sometime in September so watch for that!
Our third major project for Catholic Charities was the St. Anne’s Children and Family Center, constructed in 2004, with the team of Ann Martin, Wendell Sinn, myself and Rob McCann who became the director of Catholic Charities during this time. This brick building sits at the foot of the South Hill at 5th and Browne; it is a childcare facility that provides care and early education for approximately 200 children from infancy through preschool, both pay and state sponsored. Working on this project was interesting and fun, as the design incorporated child sized features such as a kitchen, bathrooms and play areas. And again, it provided opportunities for young disadvantaged children to receive the same care giving and educational opportunities as the children of families with financial resources.

Our next project in 2009 was the renovation of the office building across the street from St. Anne’s, which was to become the Catholic Charities Family Services Center. This facility houses many of the important programs offered by the organization, such as Childbirth & Parenting Assistance, Housing services, Counseling, Refugee and Immigration Services, Senior Services and Social Ministry Services, among others. The main level also features a coffee stand operated by Transitions. If you ever want to meet some wonderful people, or would like to become a Catholic Charities volunteer, visit these offices and just mention Tim Welsh or ‘Garco’ – you will be warmly received!
And last, but not least, is the construction of Fr. Bach Haven, located next door to the House of Charity on Pacific. This four story structure, which we completed in December of 2012, is an apartment complex with 51 units designed to house the chronically homeless population. It provides an opportunity for those individuals to occupy an apartment unit for up to two years, while they obtain permanent employment, and/or education and training toward that goal. They are required to pay rent based on their financial capabilities while the remaining costs are subsidized by the City of Spokane Housing Services. This facility offers a secure, safe place for these people to heal and become productive members of our community.
We have recently been awarded a new project for Catholic Charities, for the Homeless Veterans population in Walla Walla. These buildings are located on the old Ft Walla Walla grounds and are considered some of the oldest standing buildings in the State of Washington. We will be providing historical renovations to four existing buildings and will construct two new buildings. It promises to be a very interesting and rewarding project to be involved in, which again, will create much needed housing opportunities for homeless veterans.
I feel so privileged to have been a part of these endeavors on behalf of Garco. I would like to especially thank Tim for recognizing the need for our partnership and support of projects of this kind. It is a great feeling to look at a finished product and know it will make a difference to so many.