Dance of the Cranes at Washington State Convention Center 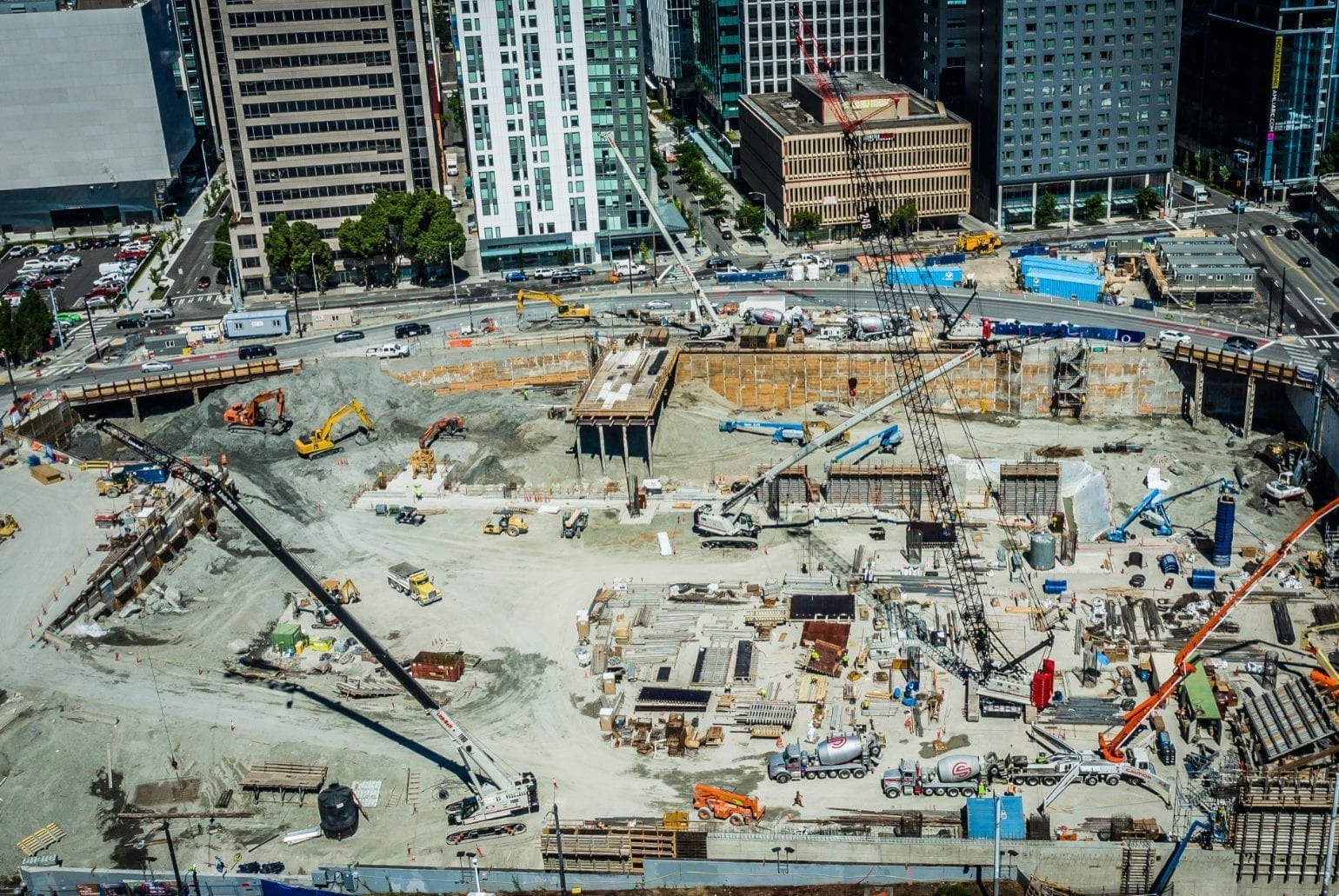 How many cranes does it take to help build the new addition for the Washington State Convention Center? Record numbers! Our friends at Link-Belt Cranes were out recently to the job site and told us that this site has the most Link-Belt cranes of any single site on the West Coast at that time. There are five total Link-Belt cranes at the site between Garco’s four cranes and one for DBM, the shoring contractor. There presently another three cranes on-site as well, for a total of eight cranes on one job site! Read more in Link-Belt’s press release below:

Lexington, KY – October 21, 2019 – In second quarter 2019 Seattle City Council reached agreement on funding the largest new development in Downtown Seattle’s history – a $1.6 billion expansion of the Washington State Convention Center. Joint venture Clark-Lewis (formed between Clark Construction and Lease Crutcher Lewis) was awarded a $960 million construction contract for the project.
Garco Construction of Spokane, Washington will complete initial foundation work for the 660 ft. (201 m) by 660 ft. (201 m) footprint of the 1,500,000 sq. ft. (139 354 sq. m) convention center expansion. Garco purchased two new cranes from local distributor Triad Machinery, a 110-ton (100-mt) TCC-1100 and 200-ton (182-mt) 248 HSL to add to three other cranes they have on rent for the project – a 75-ton (70-mt) TCC-750, 120-ton (110-mt) TCC-1200, and 110-ton (100-mt) 218 HSL.
The cranes primarily lift rebar and forms on site, with 218 HSL, TCC-1100, and TCC-1200 and 248 HSL mainly used for the foundation – lagging with soldier piles and pouring concrete for walls. The deepest point of excavation will be 75 ft. (22.8 m) below street level.
“The 248 is pretty smooth function-wise for being a good-size crane – it functions fast, whether booming up pretty fast, or booming down quickly – and it swings really well. We do a lot of ironwork and with ironworkers its quick production. We have a 218, it’s like a Corvette, but this (248 HSL) is like a turbo boss. The winches are really nice, the motors, you can really dial it down send out just a quarter of an inch of pay out,” said Jerry Wilson, 248 HSL operator for Garco.
“There’s a lot of consistency needed for keeping two different rebar companies and four carpenter crews busy – and that’s exactly what this crane has done for the last six months,” said Wilson.
Wilson and Garco have quickly put nearly 2,000 hours on their 248 HSL by running the crane six or seven days a week for 10-12 hours and with a night shift 8-10 hours.
The crew is also responsible for the logistics of Olive Way; the active downtown street rerouted around the perimeter of the project during construction. Upon completion, Olive Way will become a corridor running below the bottom floor of the new convention center. The convention center project is scheduled for spring 2022 completion.
Link-Belt Cranes, with headquarters in Lexington, Kentucky, is a leader in the design and manufacture of telescopic boom and lattice boom cranes for the construction industry worldwide.
Complete crane specifications are available at www.linkbelt.com
Contact:   Casey C. Smith
(859) 264-6246
caseysmith@linkbelt.com